« back to search results
Download Add to Lightbox Add to Cart
Image 12 of 12
Moonset-over-Cathedral-Rock.jpg 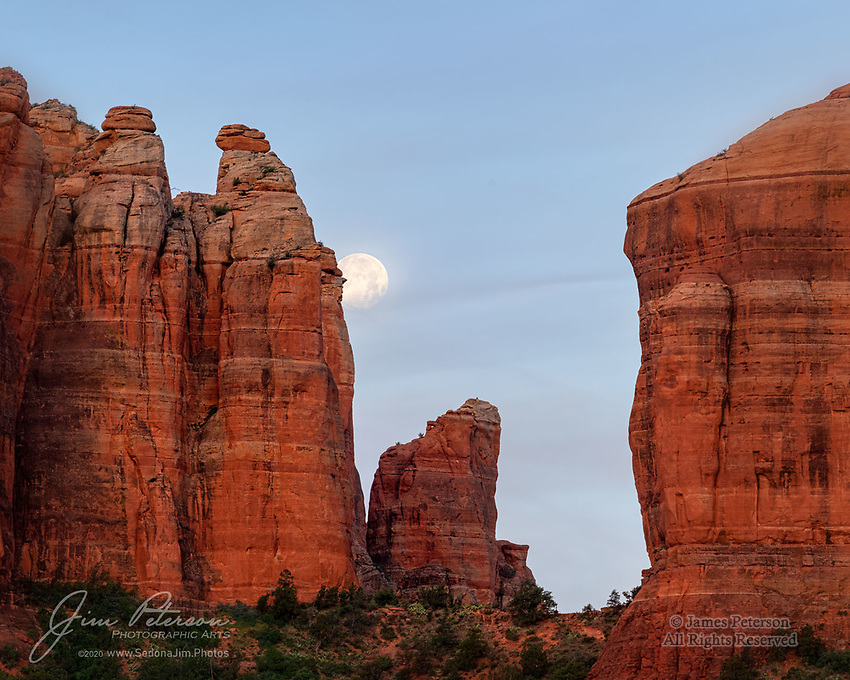 Moonset over Cathedral Rock. This was the last of the three “supermoons” of 2020, as seen just before sunrise on the day (May 8) after the full moon. It was captured from atop a ridge overlooking the Templeton Trail in the Coconino National Forest, just south of Sedona.

I thought at first that the thin clouds might ruin this photo, but I decided eventually that they actually add some nice character to the sky. The glow of dawn above the eastern horizon added a nice bit of warmth to the red sandstone.