« back to search results
Download Add to Lightbox Add to Cart
Image 1 of 2
Milky-Way-over-Two-Guns-Arizona.jpg 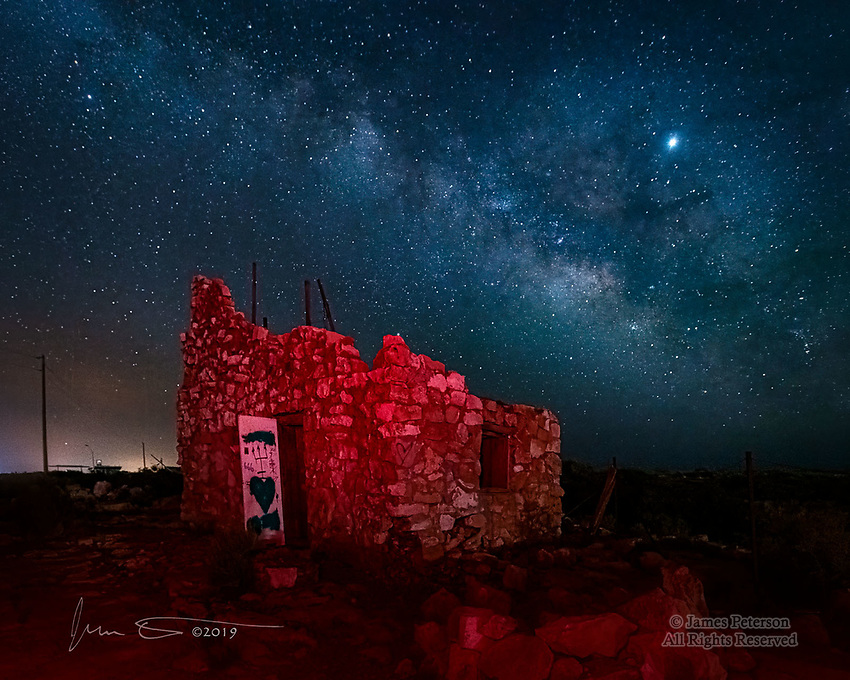 Milky Way over Two Guns, Arizona ©2019 James D Peterson. Two Guns was a tourist stop between Winslow and Flagstaff during the heyday of Route 66. It had a tiny zoo, a gas station, curio shops, and a small residential community, all constructed of stones that were plentiful in the area. Most of it has fallen down in the days since Route 66 was bypassed, and what remains constitutes a spooky ghost town, especially when photographed at night.