« back to search results
Download Add to Lightbox Add to Cart
Image 2 of 5
The-Watchers.jpg 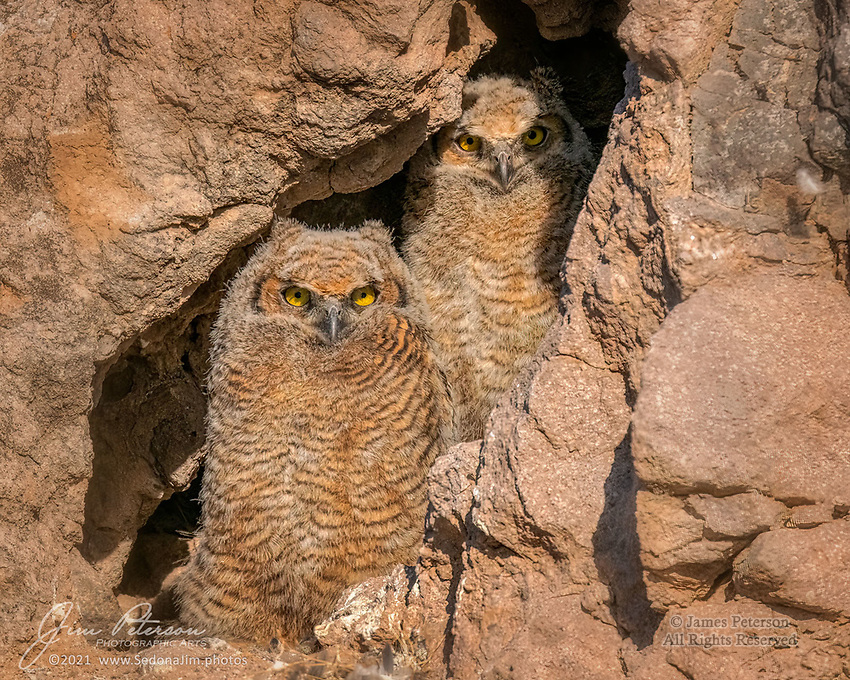 The Watchers. If it weren’t for their eyes, these young great horned owls would be nearly impossible to spot against the surrounding rock wall. Thus camouflaged in a small cave right above Lake Pleasant, they were awaiting the return of a parent bringing breakfast, and meanwhile entertaining themselves by watching a pair of strange human creatures in the lake below. They were nearly ready to fledge; I was told that they had left the nest just a few days later.